The restoration of ancient woodlands is very important as their delicate woodland soils still remain intact. These woodlands have existed and been wooded for over 400 years but at some point in our recent past have had their naturally occurring native woodland tree species removed and replaced by non-native species, often with productive conifers.

It is widely accepted now that these habitats are some of the most diverse and valuable in the country, and their restoration to native broadleaved woodlands is of highest importance. 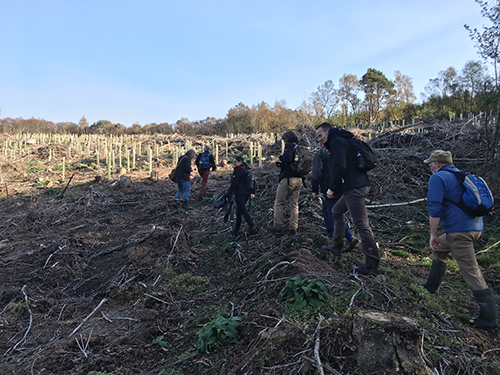 We see the restoration of ancient woodlands currently planted with conifers as a key conservation priority. We are able to provide advice and help for woodland owners and managers, which can include grant aid direct from the Authority as well as from Countryside Stewardship.

In 2017 we embarked on an ambitious project, funded through the Woodsmith Mine development, to create 7,000 ha of new native woodland over 100 years.

To date, tree planting projects are averaging a planting density of approximately 1,000 trees per hectare so this would mean we’d plant over 7 million trees! This will increase woodland cover from 23% to 25% of the National Park.

Woodland creation projects are considered carefully by National Park Officers and each project undergoes a series of checks to ensure that the right trees are planted in the right place. These include field visits and consultations such as:

Nationally there is a drive in the woodland sector to identify alternative tree shelters that don’t contain plastics but unfortunately a suitable alternative has yet to become available on the market.

We are always looking for opportunities to create woodland and currently run an ambitious Woodland Creation Grant. If you have a woodland creation project in mind that is over 1 hectare (2.4 acres) in size and comprises of mixed deciduous trees, please contact our Woodland Creation Officer. 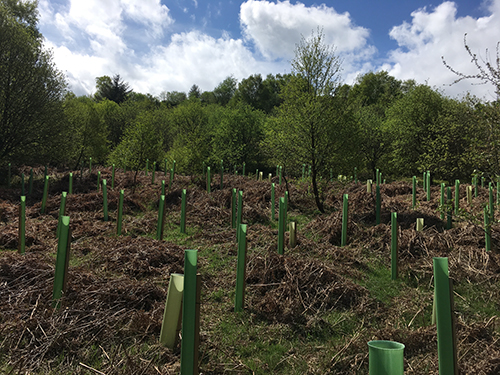 Ayton Banks is a site that is extensively covered in dense stands of bracken. The landowner’s primary objective for the planting is to sustainably control the bracken long term whilst creating a diverse woodland habitat. 8,610 trees were planted across 5.43 hectares with site appropriate native species including oak, hazel, birch and rowan.

This woodland creation project in Bilsdale was a large planting scheme of over 15 hectares. There were 17,825 trees planted of 18 different species. 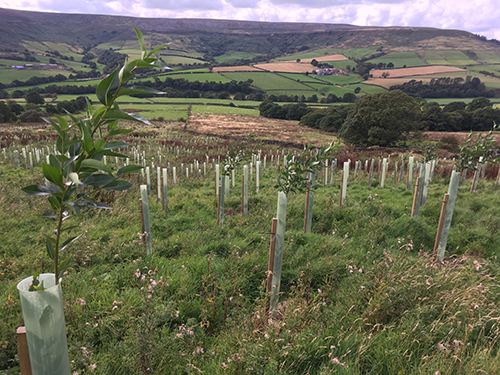 The site varied somewhat in terms of hydrology with some areas being particularly wet. These areas were planted with species that prefer wetter ground (willows and alder) but the majority of the site was planted as diverse oak and hazel woodland, with other species such as birch, holly, wild cherry and crab apple included to provide maximum climate change resilience and benefit for biodiversity.

Aspen was included into the mix (as with other projects) to further futureproof the woodland against potential issues, such as climate change and disease, after consulting the ecological site classification software for the site.

The Ecological Site Classification is an online tool used to calculate what the suitability of particular tree species are to potential planting sites. The tool uses information such as soil wetness, PH, wind exposure and climate data to estimate how well trees will grow. It also usefully has a future projections function which is linked to the Met Office’s future climate data, which allows us to try to predict how a changing climate might alter the site and suitability for tree species – some will become less suited to the site and others will become more suitable, such as aspen. 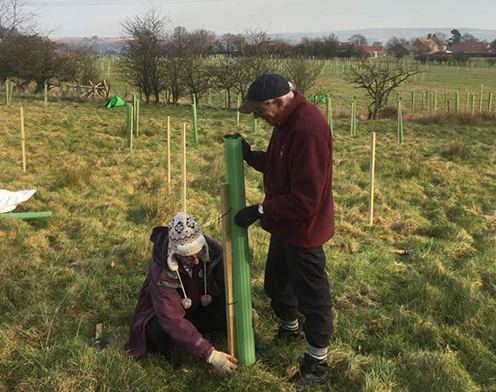 3,500 trees were planted over two months with a wide variety of groups including: 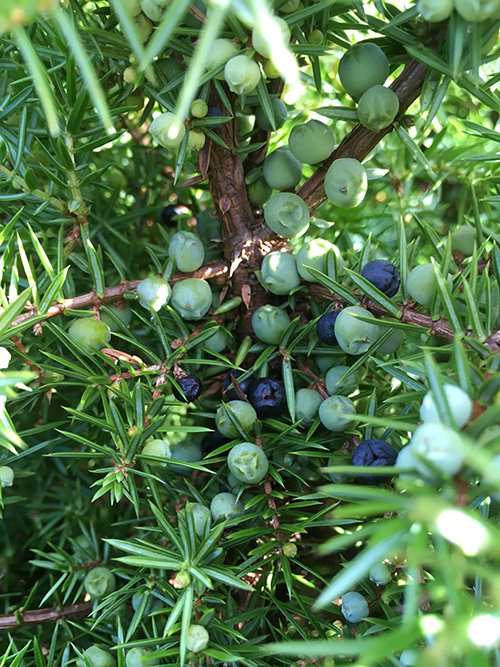 The Woodland team are currently working together with the Education team to survey juniper in the National Park.

Juniper exists in isolation or as fragmented pockets and has suffered in the landscape due to some contemporary land uses, including moorland burning. We are keen to restore and increase the numbers of juniper so that it’s thriving and populations are self-sustaining. 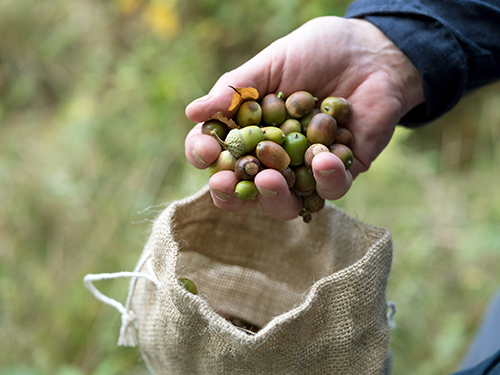 The ‘Acorn volunteer’ project was set up in 2018 and it is expected to run every year. Over 25,000 acorns were collected in the autumn of 2018 and sent to Castle Howard Nursery for growing on. The intention is that these trees will be used in future planting schemes in the National Park. In future years we hope to diversify and collect tree seed from other tree species. 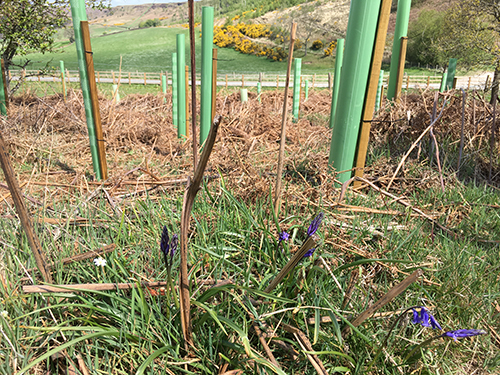 It is hoped that in future we will be able to use this information to help target new woodland creation.