Winter may still be holding its grip, but it's time to start looking for those first signs of spring.

Badger setts become a hive of activity in February. As you wonder through woodlands or near hedgerows, you may spot old bedding including straw, bracken and leaves appearing outside their burrows as badgers carry out some spring cleaning and gather new bedding in readiness for the birth of cubs, which are due anytime now. The cubs will remain underground until April or May.

Snowdrops line roadside verges, hedge bottoms, woodland tracks and gardens of great houses between January and March. They're a welcome sign that winter is nearing its end. Enjoy the brief but spectacular displays of these delicate nodding white flowers at Mount Grace Priory, Castle Howard and Burton Agnes Hall near Driffield.

Head to Howdale Moor and Brow Moor, where short-eared owls feed along the coasts over winter and are commonly seen hunting during the day. You'll not forget your first encounter with one as it works low over the fields in the late winter sun. Where there are grassy areas, keep an eye out for finger-size grey owl pellets regurgitated and full of bones of their prey.

It’s hard to imagine snow and ice during a relatively mild winter such as this one. When temperatures stay high it’s bad for some birds, but good for others. Resident birds such as Kingfishers and Barn Owls are particularly susceptible to very cold weather so their breeding numbers are boosted following a mild winter.

After watching Kingfishers in the eastern part of the North York Moors National Park for many years, I reckon these birds occupy the equivalent of a million-pound property! A small number of very lucky birds nest along a tributary of the River Derwent, near Hackness. Here they find suitable muddy banks where they can build their nesting burrow and a healthy river with lots of small fish. But it’s the proximity of the coast which really makes these home ranges special. A short flight away the river pours into the North Sea at Scalby Ness. In the winter the rock pools here are full of life just when Kingfishers need it most. Look out for them from the sea wall near the Sea Life centre.

When the cold weather and ice arrives the rockpools are still open for fishing. It is therefore highly likely that Kingfishers breeding near the coast will survive better during hard winters when birds further inland may die. These empty inland rivers can then be colonised by Kingfishers from the coast. This is a wonderful example of how large populations of birds occupying a wide range of habitats, which are connected, have the resilience to survive. 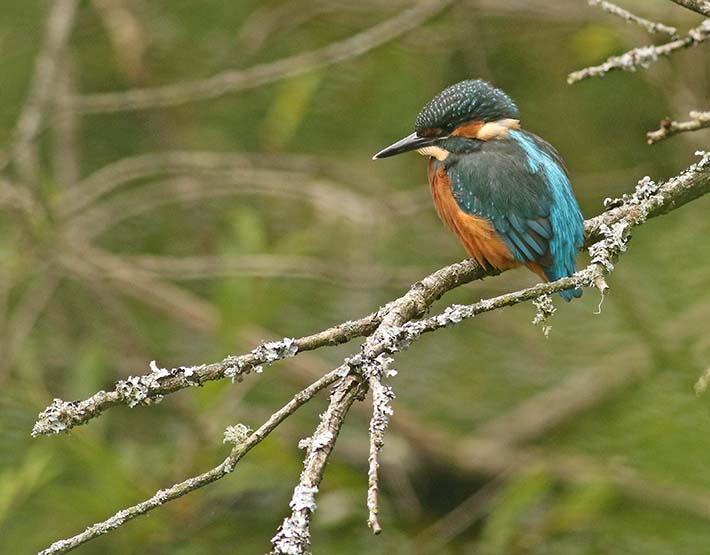 February is the first month of the breeding year for Barn Owls. Look out for their pellets which are typically 30-70 mm long, round or cylindrical, blunt at both ends and densely compressed. They are smooth and glossy black when fresh, fading to a dark grey and often covered in a thick black crust.

They can be found at roost sites such as old buildings, nest boxes, bird hides, and holes between hay bales or trees, which offer sufficient shelter. In order to avoid unnecessary disturbance, it’s best to avoid approaching roost sites unless you know the bird is not present, and even then, to stay the shortest time possible. Remember that it is illegal to disturb nesting or roosting Barn Owls at a nest site. 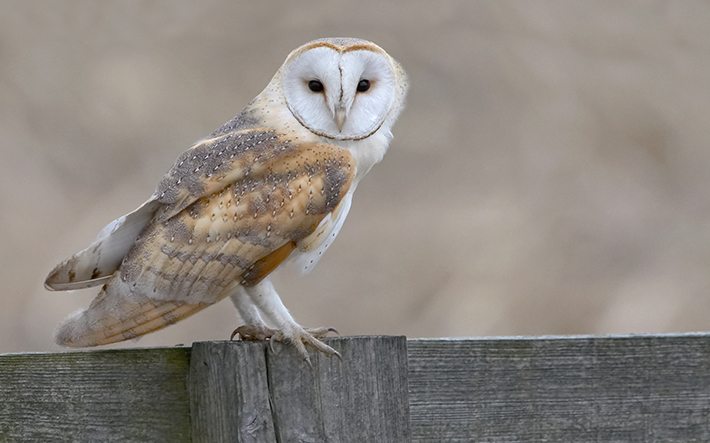 When a Barn Owl drops onto its prey it may be a Short-tailed Field Vole, but many other small prey are taken, such as Harvest Mice and Common Shrews. A Shrew shrinks in size during winter, which includes the brain and the skull. This amazing adaptation is a great survival strategy requiring less food to live through the toughest time of year. Shrews also have a gland which secretes a foul smell from the skin deterring predators, such as cats or owls. Despite being Britain’s second most common mammal, their secretive behaviour means it’s often very difficult to see them so listen out for their distinctive high pitch squeak among the long grass. 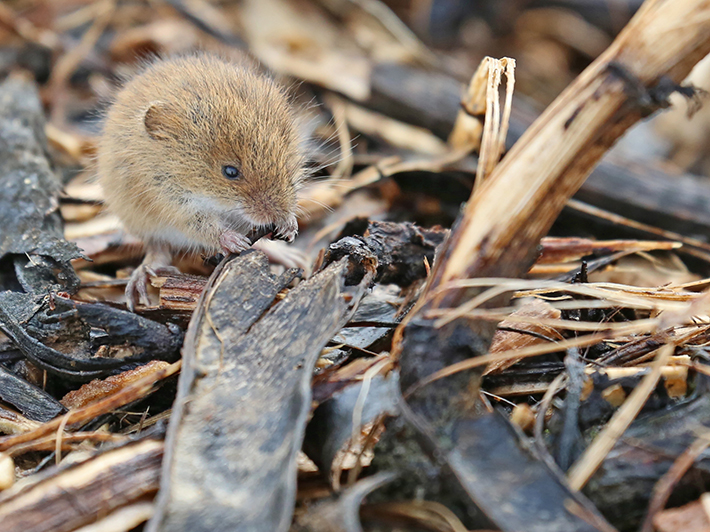 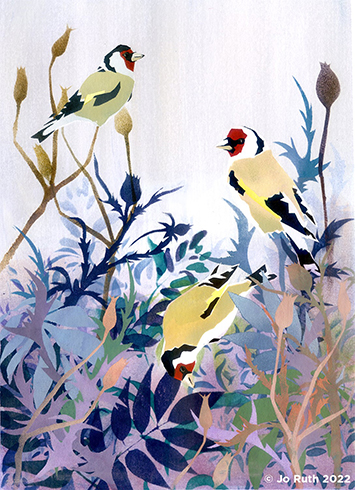 It’s difficult to imagine a time when you were as likely to see a Goldfinch caged in a parlour as flying freely in the countryside. Such was the case in the late 1800’s, when the European fashion for keeping songbirds was at its height. But owning a living musical box was not enough. Goldfinches were taught to be circus performers too, amusing their jailers by hauling up their own drinking water by a thread attached to a tiny bucket. Such actions had a serious impact on the numbers of Goldfinches in the countryside, just as some species of parrot are endangered by the cage bird trade today.

Happily, Goldfinches no longer have to suffer these restraints. Flocks feeding on seeds, with their sharply-pointed bills are now a common sight. The Goldfinch is so frequently seen on thistles that the Anglo-Saxons knew it as the Thisteltuige, ‘thistle-tweaker’ and a flock of Goldfinches, calling in unison with silvery voices, is still known as a ‘charm’ from the old word for a chanted spell.

'Three Goldfinches in Thistles' by artist Jo Ruth is a stencil print currently for sale at the York Printmakers exhibition at The Leaping Hare Gallery and Framers in Easingwold. Jo is a 'pressless printmaker' inspired by the birdlife she sees in and around her home in York.  You can see more of her work on Instagram @joruth or on her website.