Long warm days coupled with lush trees and hedges alive with the sound of birds, plus carpets of bluebells, one of spring's defining moments.

Birdsong is really noticeable now, particularly at dawn and dusk, as birds clamour to partner up with mates, stake out their territories and nest. As birds begin to arrive from the continent to stay in the rich feeding grounds of the North York Moors over summer, competition for good nest sites really hots up. Get up early and head to woodland half an hour before dawn – you'll be amazed by what you hear. Also look out for events around International Dawn Chorus Day in May, Ryenats usually hold one and guests are always welcome.

It's a quintessential spring experience as carpets of bluebells cover the floor of ancient woodlands, creating a soft, dreamy blue haze. A soothing sight and a heady scent, also drawing in insects looking for food in the nectar rich flowers, a visit to any bluebell wood is a treat.

Take your pick from Riccal Dale, near Helmsley; Newton Wood and Cliff Ridge Wood near Roseberry Topping; Garbutt Wood with its dramatic view over Gormire Lake, near Sutton Bank; and Pretty Wood at Castle Howard and East Moor Banks which can both be enjoyed on a circular walk from Welburn (pdf).

The story of one of our most enigmatic birds or the title of a horror sequel? Read on to find out which it is… 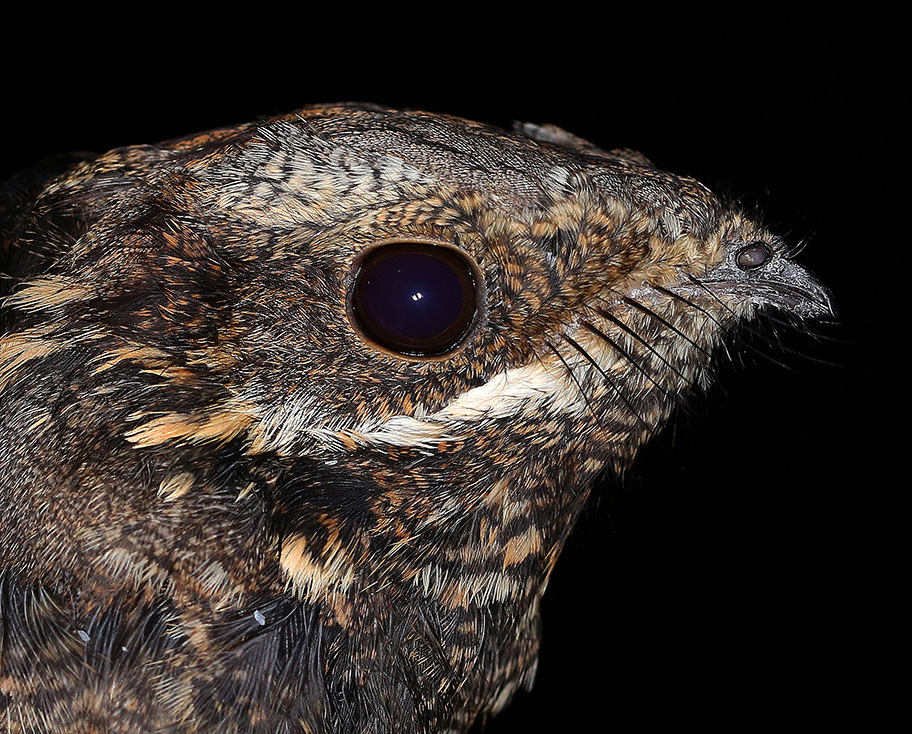 Despite the recent cold weather, April has been a very exciting time for anyone who loves the natural world. At the same time as being allowed to travel again, returning migrant birds have brought diversity and joy to our landscape and my life. Morning birdsong has made me feel more alive and the brilliant colour of birds such as Redstarts and Pied Flycatchers flashing through the trees in oak woodlands has been a glorious sight.

May promises more African arrivals as the weather becomes warmer...

In a few short weeks we will welcome back one of our most mysterious birds, the European Nightjar.

Their journey has been long and hard; thousands of miles from their wintering sites in the southern region of the Democratic Republic of Congo. They will leave the rich habitat mosaics of savannah, scrub and tropical forest of Africa and arrive to nest in the mixed, semi-natural and commercial forests of the North York Moors National Park.

Typical Nightjar habitat in Britain is dry lowland heath with scattered low trees, scrubby woods, forest edges and clear-fell. The birds roost by day, perching horizontally along a low branch on a tree or on the ground, their cryptic markings blending in with tree bark, earth and leaf-litter.

They are both crepuscular and nocturnal, becoming active at dusk when the males fly between various perches uttering many strange calls including their eerie ‘churr’ call. This song, which has a ventriloquist quality, can continue for up to ten minutes and has been likened to the purr of a sewing machine (or in earlier days, a spinning wheel), mostly at the same pitch but occasionally falling before rising again. 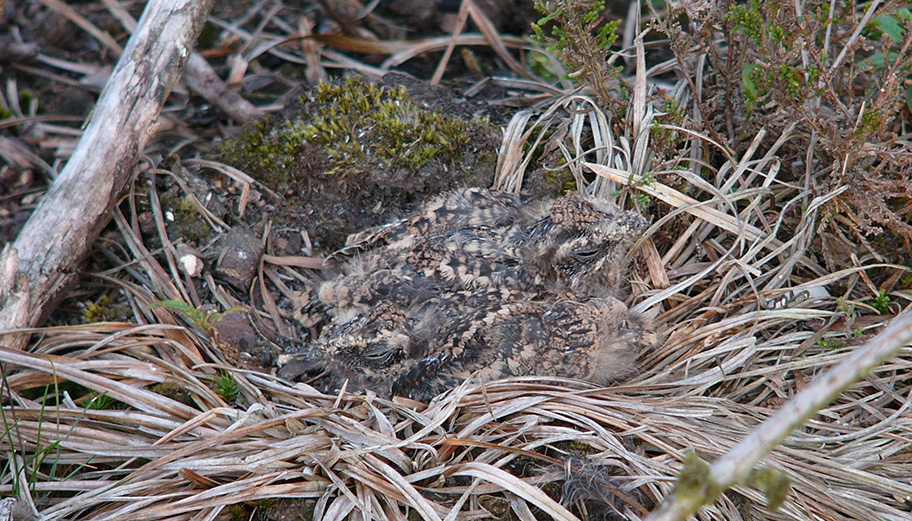 Displaying males glide in ‘butterfly flight’ with wings up in a V-shape, clap their wings and fan their tails to show the white spots on their outer primaries and outer tail feathers. They can sometimes be brought closer to an observer by the flap of a white handkerchief, which they may take to be another male displaying in their territory. Females and young males lack these white markings. No nest is made and the eggs (usually two, and mottled for camouflage) are laid on the ground and the young birds are fed by both parents.

Like many other night birds, negative and sometimes sinister folklore has grown up around them. In Yorkshire they were believed to be the wandering spirits of children who died unbaptised. The Latin name Caprimulgus translates as ‘Goat-sucker’, reflecting a belief from the days when people grazed their goats and sheep on commons that the birds, with their wide gapes, were capable of suckling milk from the animals – and infecting them with disease at the same time. In fact, Nightjars were simply intent on catching the insects which associate with these animals, and their gaping mouths, equipped with bristle-like hairs, almost certainly evolved to assist in this process.

Yorkshire Coast Nature are running special Nightjar Safaris starting on 28 May. Check out their website for more details, including how to book.