Samantha Lewsey first entered the world of conservation after gaining a place on the National Trust’s competitive ranger programme. Prior to this, she was a violinist, pianist and academic at Cambridge University, where she became accustomed to handling ancient sheet music.

Driven by a desire to make a difference and to get out into the world, Samantha took steps towards a career in conservation, and the ranger programme was the perfect opportunity to achieve this.

Several years later, Samantha is now fulfilling her goal as Field Officer for the Ryevitalise Landscape Partnership Scheme, a project looking to renew the river Rye's natural and cultural heritage. The scheme is run by the North York Moors National Park Authority, with support from The National Lottery Heritage Fund and other partners.

The main aim of the project is to reconnect people to the river, whilst supporting the regeneration of the landscape through an exciting range of projects. One of these includes Small and Tall: The Rye’s Bats and Ancient Trees project – I joined Samantha on a visit to Duncombe Park to learn more about the project as well the motivations behind her work. 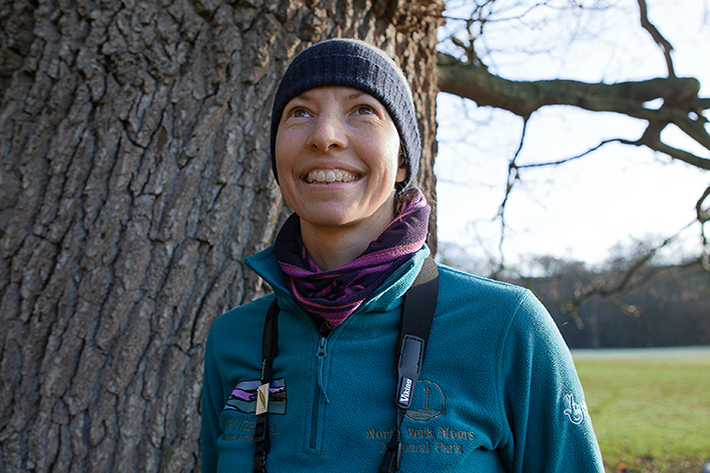 Duncombe Park, situated on the edge of the vibrant market town of Helmsley, is an estate that boasts over 450 acres of spectacular gardens, parklands and a National Nature Reserve, with a large concentration of veteran trees. In fact the Ryevitalise catchment is home to one of the largest collections of ancient and veteran oak trees in northern England, which in turn provide habitat and roost sites for one of Britain’s rarest mammals, the Alcathoe bat.

As we meandered through the estate, Samantha’s knowledge and enthusiasm towards her work was clear. We quickly came across a veteran ash tree from which she was able to discuss its various features at length  and how it has developed over time - from knarly sections of bark to the fractured remnants of branches that have since fallen and decomposed.

Like many conservationists, an ability to interpret the most subtle of changes within the natural world is part of day-to-day working life. However for me, I found it refreshing to simply reflect on the different aspects of the tree. For many of us, it is challenging to set aside time and develop routines where we allow ourselves to reflect calmly on the environment. We are so often preoccupied with our own thoughts, worries and aspirations that we overdramatise the significance of what we do and should do. Whether we’re thinking about what we’ll do next in our careers or whether we have failed in the eyes of others. By looking to nature we can park such concerns, be it temporary, and for a time find comfort in the texture of the bark or the frail suspension of a branch as it protrudes before a clear blue sky. 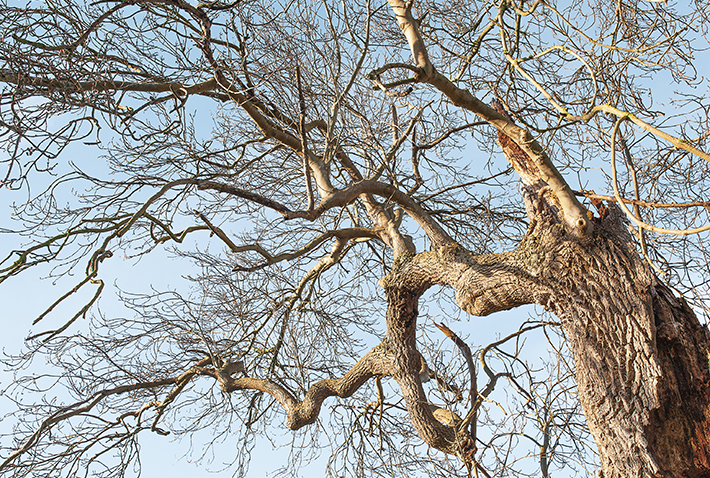 As we walked away from the ash tree, we continued along the central road that runs through the estate, heading uphill with sprawling fields either side and large infield trees. We started to discuss the key aims of her work and Small and Tall: The Rye’s Bats and Ancient Trees project.

The scheme seeks to develop a deeper knowledge of key bat populations, including the rare and newly discovered Alcathoe bat, and draw attention to the tremendous resource of veteran and ancient trees in the Ryevitalise landscape area.

One of the ways they are seeking to achieve this is through an inspiring citizen science project, whereby volunteers are trained to record and map the distribution of bats, as well as the towering giants that are our oldest trees. Samantha was particularly keen on how citizen science projects, like this one, are leading the charge on our environmental recovery. We proudly boast over 500 volunteers and it is through such passionate individuals that we are able to carry out some of our most valuable conservation work.

For this project volunteers were given specialised passive acoustic monitoring equipment and designated 1 km x 1 km locations to measure bat populations. So far the bat surveys have amounted to over 16,650 bat recordings – this has provided invaluable information towards the understanding of bat populations within the area. Compared with studies in other parts of the country, the activity of bats of the genus Myotis, which includes Daubenton’s, Natterer’s, Whiskered and Brandt’s bats, was very high.

Samantha then went on to state that the most noticeable conclusion from the 2020 survey season was that the Brandt’s bat was perhaps the most abundant Myotis species after Daubenton’s bat, though further data would be required to confirm this.

In all what strikes me the most is how citizen scientists have played a hugely significant role in the success of this work. Alongside the bat surveys, volunteers were also trained in studying and analysing veteran trees, which provide vital habitat and roost sites for these unique mammals.

Samantha said that her mother, a keen ornithologist, and her father, a keen landscape photographer, were key inspirations behind her work. I also found it interesting how Samantha has made the transition from an artistic background to work in conservation. Like all the citizen scientists involved in this project, it is not your past experience that defines whether or not you can make a difference in combating the climate crisis, it is whether you are willing to get involved. You can find out more about getting involved in the project on our Volunteering pages. 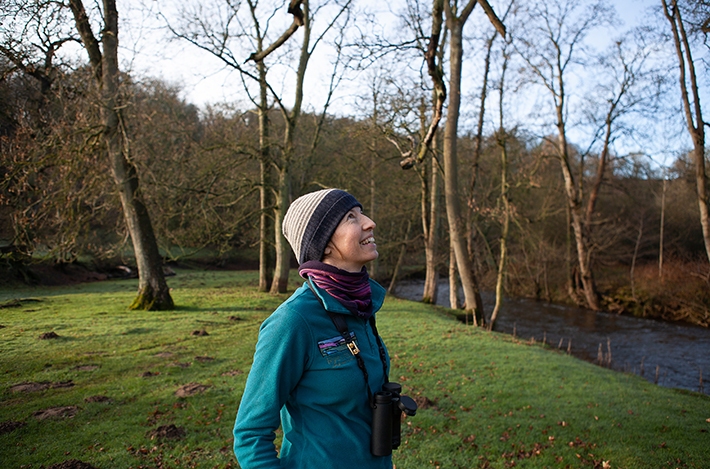