Midwinter and the year's shortest day beckons, but the robins will still be singing and there's plenty of bird activity still. Wrap up warm and you'll still find lots going on or if you prefer a warmer option, we've bird watching facilities inside both our centres at Sutton Bank and Danby.

Waxwings: These colourful invaders from Scandinavia may well arrive in large flocks – or ‘iruptions’ during the winter here on the hunt for ripe winter fruit. A beautiful peach and russet feathered bird, with a pronounced crest, black mask round its eye, it has yellow wing tips which are visible once you get the binoculars on them. Busy and flighty, they will be in a flock, gorging on berries like rosehips, rowan, holly and hawthorn. Head into Troutsdale for a chance to see them. With a curious ‘bubbling trill’ of a call you’re likely to hear them before you see them.

Hutton le Hole is as pretty as a picture in the snow, but even without the white stuff, this is a charming walk on country lanes and moorland tracks, returning across the Spaunton escarpment for some lovely sweeping views. A cracker for a crisp day, with a country pub in both villages!

The magic of foxes

Mid-winter is a great time to look out for one of our most charismatic and magical mammals, the Red Fox. With a bit of luck, the first dusting of snow could make this search even more exciting!

The Red Fox mating season, typically extends from December to February. At this time of year foxes of both sexes may be seen ranging around in daylight in search of mates. It’s the best time of year to listen out for their sounds.

There are five types of calls categorised into a whine, moo, cackle, growl or bark. I remember the first time I learnt these word tags, I started listening more carefully to try to work out which fox sound I was hearing. 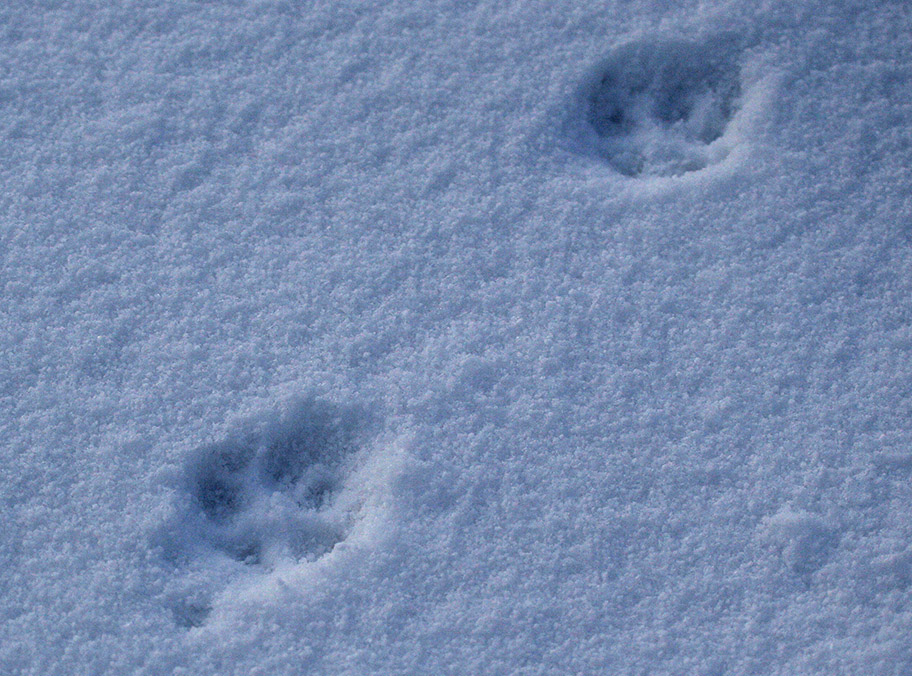 Learning how to recognise their footprints is another step towards tracking your local foxes. The print has four toes like a domestic dog, but the overall shape is more extended and vertical than a dog. The top two toes are further forward and more elongated in fox. The Woodland Ways website has a more detailed view of how to separate the two prints.

The great thing about searching for foxes is how it involves all our senses. With a bit of practise, you can catch the distinctive musky smell on the breeze indicating a fox has recently passed close by. A recent scientific study confirmed the same chemicals are in the tail glands of a Red Fox as in many woodland plants.

The floral scent within the upper part of a foxes tail is sometimes known as the ‘violet gland’ because the smell is very similar to the scent of violets. This link is fascinating and led the scientists to the conclusion that Red Foxes seek out and eat woodland violets to create their characteristic scent signal used in communication. 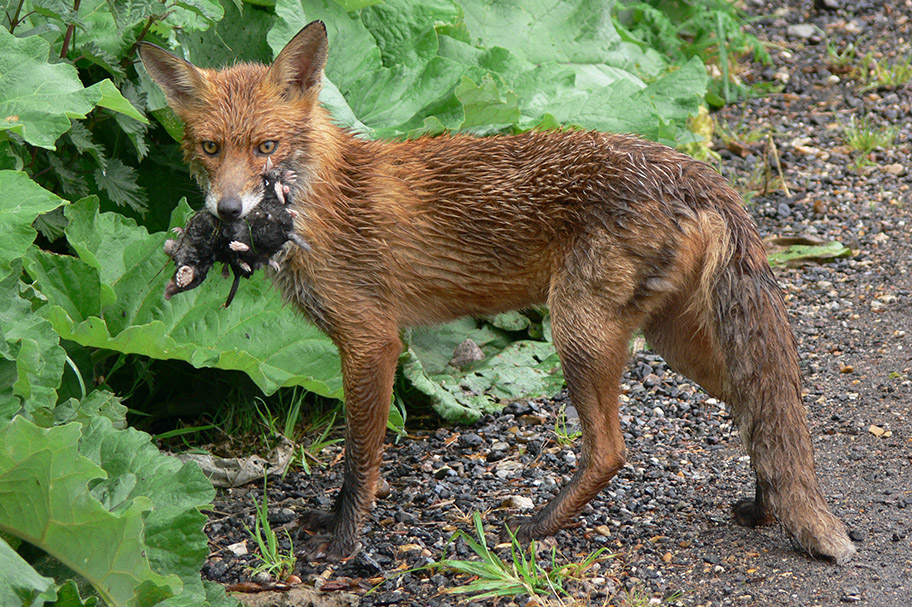 Many of us will have a favourite Red Fox encounter. Mine was at Lakenheath RSPB reserve in Norfolk on 27 May 2007. I was walking with friends along the main public path when we all noticed a brightly coloured Red Fox trotting without concern towards us.

This was exciting enough but then we noticed she was carrying something in her mouth. Through binoculars we worked out it was a mole.

Luckily, I had my camera with me. After looking closely at the photos later in the day, we realised it was not one mole but at least two moles!

She walked carefully past us undoubtedly heading for her den with this tasty meal for her cubs. We all felt so lucky to have witnessed this bit of fox magic.