Winter may still be holding its grip, but it's time to start looking for those first signs of spring.

Badger setts become a hive of activity in February. As you wonder through woodlands or near hedgerows, you may spot old bedding including straw, bracken and leaves appearing outside their burrows as badgers carry out some spring cleaning and gather new bedding in readiness for the birth of cubs, which are due anytime now. The cubs will remain underground until April or May.

Snowdrops line roadside verges, hedge bottoms, woodland tracks and gardens of great houses between January and March. They're a welcome sign that winter is nearing its end. Enjoy the brief but spectacular displays of these delicate nodding white flowers at Mount Grace Priory, Castle Howard and Burton Agnes Hall near Driffield.

Head to Howdale Moor and Brow Moor, where short-eared owls feed along the coasts over winter and are commonly seen hunting during the day. You'll not forget your first encounter with one as it works low over the fields in the late winter sun. Where there are grassy areas, keep an eye out for finger-size grey owl pellets regurgitated and full of bones of their prey.

Sing from the treetops!

February 2021 feels like a tricky month to navigate as lockdown continues and foul weather often keeps us indoors. But as daylight hours increase, the first signs of spring are closer than you think! 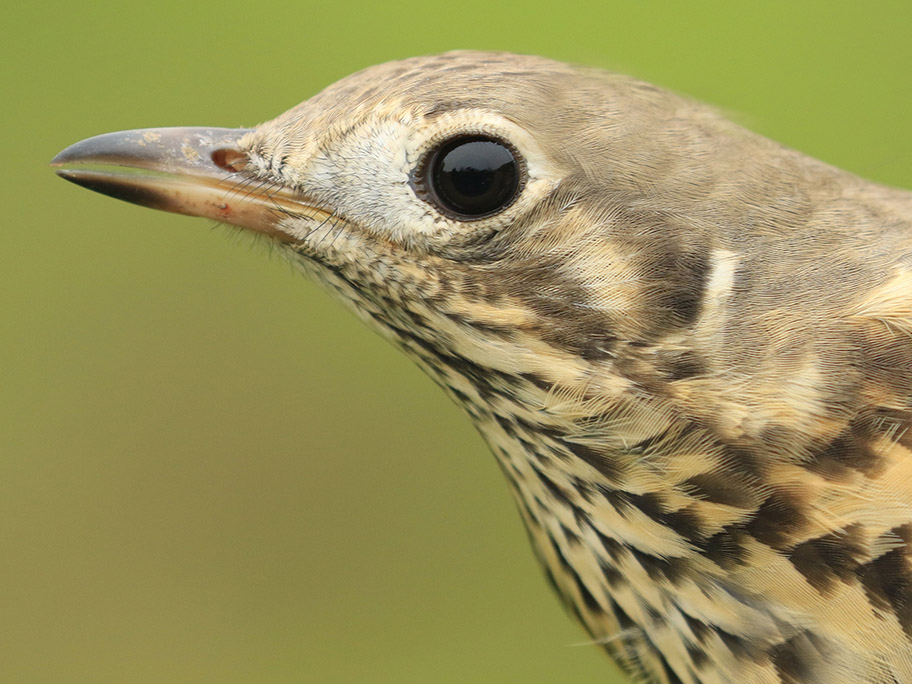 Come rain or shine, one of our most impressive songbirds has started belting out its symphony. February is the best month to hear the loud song of the Mistle Thrush. Europe’s largest thrush picks out a proud perch high on the top of a tall tree and sings even in strong winds, hence the old name ‘Stormcock’.

The song is simpler in structure and slower, without the hurried variety of its close relative the Song Thrush. However, what a Mistle loses in variety it certainly gains in richness of tone and volume as its beautiful song carries far and wide.

A good view of a Mistle will reveal the upperparts are a paler brownish grey compared to a Song Thrush. The breast and belly are closely marked with strong large speckles, which reach all the way to the undertail. The eye always looks big to me, no doubt a feature which is enhanced by their open facial area, which lacks any strong markings. If you see them feeding on the ground look out for their strident behaviour and upright stance, they always look like they are ready to take on any competitor that dares to come close!

They start breeding early in the year and soon the female will be ready to lay her eggs. The nest is often built in the divide or v shape between two tree trunks or strong branches. I often think about how tough and impressive these birds are as heavy snow falls outside my window and thick frost blankets the garden.

Like many of our resident birds, surviving the winter in good condition is critical to breeding success. Mistle Thrushes have a varied diet, which includes invertebrates but they have one adaptation that capitalises on their size and strength. This carefully planned strategy involves aggressively defending the best fruit bearing trees for as long as possible in winter. They choose a tree in late autumn and chase away other competitors such as Blackbirds. Holly has been found to be one of their favoured species because the berries last longer in good condition throughout the winter than many other fruits. A strong Mistle Thrush with the experience to find the best food trees in late winter will then have the best breeding opportunities, especially if there are tall strong trees nearby for the nest. 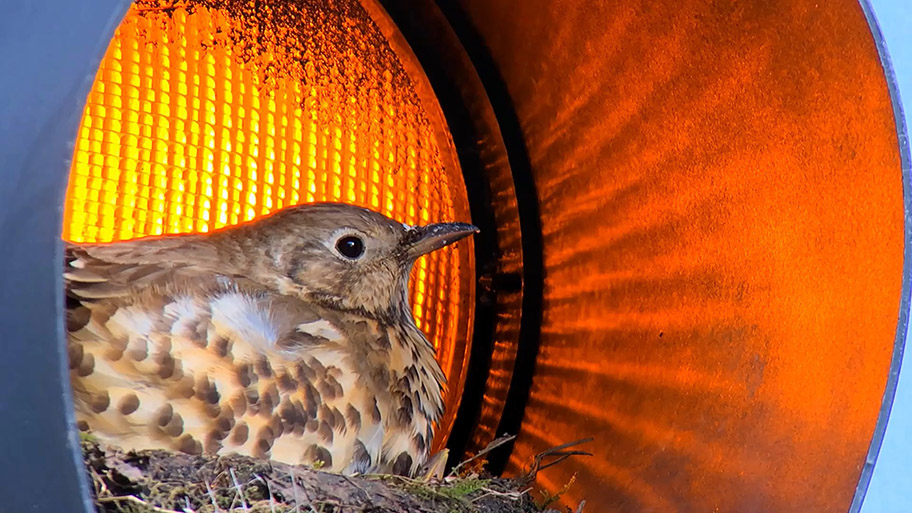 Not all Mistle Thrushes nest in trees though, this fabulous nest inside active traffic lights was found by my cousin Paul Wheatley in central Leeds a year ago. They became national celebrities even appearing on News at Ten! See one of Paul's great videos of the thrush.

In the late nineteenth century Stormcocks were seldom heard or seen in towns and cities. As urban parks and gardens matured and the number of taller trees increased, Mistle Thrushes moved in.

This big change was noted by many naturalists across Europe especially in the 1930s. A bird once thought of as a forest dweller was suddenly on everyone’s doorstep. Our urban environment has now become more important than ever before for this bird.

A recent study comparing the nesting territories of Blackbird, Song Thrush and Mistle Thrush in eastern England found more territories of all three species in urban areas than in adjacent farmland. Many areas of lowland England are now dominated by intensive agriculture with fewer mature trees and food for these birds. Even more reason to look after our home environment to ensure future generations will hear this glorious song In February.