As Autumn arrives, it's just a small matter of waiting for the trees to explode into their auburn colours, nature’s last roar of the year, before the leaves start to fall.

After the beautiful purple shades on the moorland, it's time for trees to do their thing. Our woodlands really come into their own this month, changing our view of a green landscape into one of a myriad different warm hues. You'll be rewarded with vibrant colours of red, orange, mahogany, mustard and gold, and a multitude of fading greens, as well as impressive fungi clinging to standing and fallen deadwood.

Dalby Forest is at its best in autumn. The blues and greens of pines and spruces being complemented by the golden needles of larch, the bright yellow of ash leaves, the red leaves of wild cherries and the greens, yellows and russet browns of oak. Top locations to enjoy the autumn shades in the Forest include Haygate, Crosscliff, Staindale Lake and Bickley Gate.

Walks of the month

As October is the best month for autumn colour, it has to be a woodland walk or two or three...

The Yorkshire Arboretum in the Howardian Hills, with 6,000 trees and its mix of native and non-native trees is spectacular as the leaves turn rich shades of red, yellow and orange. It's a great place for a wander. Alternatively a walk on the footpaths and bridleways through the woodlands of the Hovingham Estate (pdf) are also stunning.

Back in the National Park, the 3.2 km Ellerburn walk in the prettiest corner of Thornton le Dale, follows the beck upstream to the hamlet. The stroll, along the riverside, roads and pavements, takes in a majestic row of orange beech trees and includes the Tea Cosy Tearoom at the halfway point with a lovely garden.

The experts at Yorkshire Coast Nature are our eyes on the ground, here's Richard Baines' advice on what else to look out for this month.

Bird migration is a spectacle that means a great deal to many, and October is one of the best months to experience it. From northern gannets leaving their cliffs for the wild Atlantic, to tiny goldcrests crossing the great North Sea for Yorkshire’s shore - migration is amazing!

Geolocation loggers were used in a recent study to discover the migration routes of individual gannets, which were nesting on Bass Rock in Scotland. The results were fascinating, these birds have a wide variety of favoured wintering areas, from as close as the North Sea to as far away as West Africa! 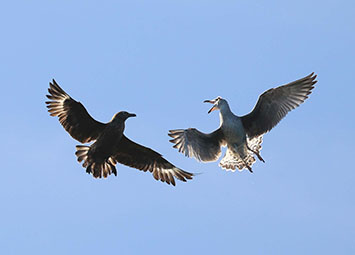 Mingling with the gannets are seabirds that have bred further north in Europe and the Arctic. Late autumn is a good time to look out for these birds making their way south past our shores. One of the most brutal and exciting of these is the great skua. These fantastic birds are nicknamed bonxie, which comes from an Old Norse name meaning ‘bunke heap’, or a ‘dumpy body’. ‘Bunke heap’ certainly seems appropriate when you see one sat on the sea! In the air everything changes - bonxies are very agile and powerful, attacking anything for food including the massive great black-backed gull, which I once captured whilst on one of our Seabird and Whale cruises near Staithes a few years ago.

Accompanying these seabirds, on their flights south from the Arctic, are hundreds of thousands of wading birds.  After their breeding season has ended, they leave as quickly as possible before the hard weather sets in and food becomes scarce. Food is the biggest driver, triggering the urge to move and it doesn’t take long for their food to decline as the temperature drops. On the rocky North York Moors coast look out for ringed plovers, turnstones, common redshanks, and Eurasian curlew. Many of our familiar shore birds in the North York Moors National Park have travelled here from across the waves. One of my strongest memories of curlews was watching a flock fly out to sea in a tight V formation on a warm April evening - they were on their way back to Scandinavia. 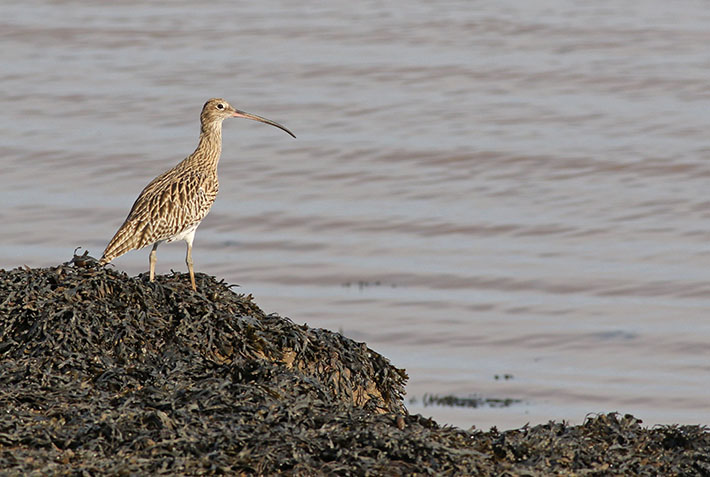 Yorkshire is famous for its wildlife migration and has the most Bird Observatories of any UK county, including observatories at Filey, Flamborough and Spurn. These are fantastic places to watch and learn about migration. The work of these observatories is carried out mostly by volunteers. The staff work hard at welcoming not only birds from all over the world, but also human visitors. If you’re new to wildlife watching, please consider visiting and supporting their work by becoming a member or making a donation.