Volunteer groups in the North York Moors are planting more than 3,500 trees in six weeks, as the National Park marks the start of the government’s ‘Year of Green Action’.

Before the end of March, volunteer groups made up of members of the public, youth groups, corporate teams and National Park staff will be creating a new native woodland near Danby, Whitby, by planting a mixture of oak, silver birch, hazel, rowan, crab apple, wild cherry, hawthorn and blackthorn.

The mammoth task comes at the start of the government’s ‘Year of Green Action’, which calls for people across the country to join together to improve the natural world.

“Volunteers have always contributed to the work of the National Park and are at the heart of many of our great achievements. What’s different on this occasion is number of different groups who are coming together to achieve the same goal. This single task is providing an opportunity for people of all ages and backgrounds to get involved, from young families to school groups and corporate teams.

“We’re also encouraging National Park staff, some of whom have largely desk-based roles, to get out and work alongside volunteers for a day of springtime tree planting.” 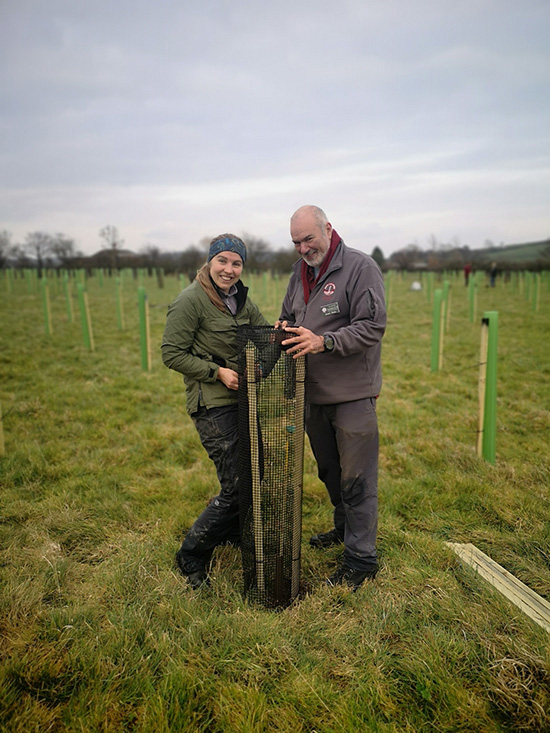 Evidence shows that the North York Moors was almost entirely covered in woodland before humans started clearing it, and now only 4% of the area is woodland of ancient origin. This change has had a devastating impact on our native wildlife, with species such as the hazel dormouse and pied flycatcher now found in significantly lower numbers than a century ago.

“As well as helping to combat climate change by removing carbon from the atmosphere, mixed deciduous woodland provides a rich habitat for so many of our native species. It will be decades before these trees reach full maturity, but through careful consideration of the site and of the types of trees we plant, we can do our utmost to maximise  the chances of these trees living for 100 years plus.”

In autumn 2018, the National Park launched its woodland seed collection project which will, in future years, allow a proportion of all newly planted trees to be of local provenance. The team is also dedicated to ensuring that every protective tree tube used in planting projects will be collected and appropriately recycled once the trees reach a suitable size.

The North York Moors National Park Authority is always looking for landowners and partners to create new woodland, and funding is available for deciduous woodland planting projects of one hectare (2.5 acres) and above. If you are interested and would like more information, please contact Alasdair Fagan on 01439 772700.