Saving the 'diamonds' of the landscape

For many, diamonds represent rarity, beauty and perfection, but for two dedicated conservationists, it is our National Parks that represent such qualities. Chris Watt and Ryan Harvey, from the North York Moors National Park Authority, are committed environmentalists dedicated to turning the tide on our increasingly nature-depleted world - I joined them on a site visit to one of the National Park’s major rivers to learn more about their work.

Chris and Ryan are working on two separate projects, the Water Environment Grant Esk Restoration project, funded by the European Agricultural Fund for Rural Development, and the River Esk and Coastal Streams Catchment Partnership, funded by the Environment Agency. The projects are hosted by the National Park Authority and the North York Moors National Park Trust respectively, alongside a variety of other partners, with the same goals of improving the water quality and biodiversity of the River Esk, from its source high on the North York Moors to the coast at Whitby.

It was in October 2020 that we met just outside the village of Castleton towards the north of the National Park, a hardy place surrounded by moorland and open fields. I remember standing at the roadside while looking out across the heather – it was mild, and a greyness grew through the air as the clouds draped the sky.

Shortly after meeting, we headed down into a small valley leading towards the River Esk. I recall being surprised with the amount of mature trees growing there, when only a few moments before I was staring out across expansive moorland. The North York Moors National Park is a place renowned for such qualities, but what is less recognised is the amount of woodland, which, thanks to the work of the National Park Authority, land managers and partners, now covers nearly a quarter of the landmass.

We made our way through the grounds of a traditional and grand farmstead, which had several mature clematises climbing the plinths of a large, wooden veranda of the main building. After wandering between several outbuildings with the permission of the landowner, we clambered over a wooden fence, trudged through thick tussocks of grass and made our way over a few acres of pasture before reaching the riverbank. 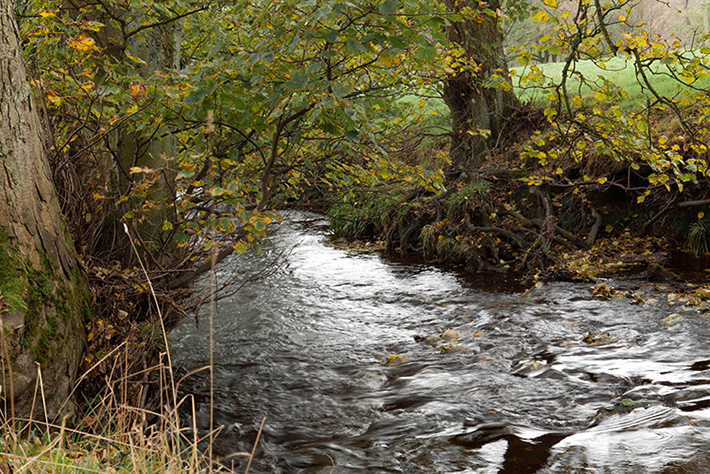 ...a greyness grew through the air as the clouds draped the sky.

Upon arrival it was clear that work had already taken place, with the construction of a pristine wooden and wire fence set a few metres back from the river. The intention is to work alongside the landowner to prevent grazing from eroding the banks. It is also to enable different species of grass to grow, alongside the planting of deciduous trees such as alder, birch and oak, which will all help to absorb and prevent sediment and nutrient runoff.

This will also help to prevent silt and animal excrement entering the river course, which would have damaging impacts on the aquatic species that depend on the river, such as Atlantic salmon, freshwater pearl mussels and sea trout. 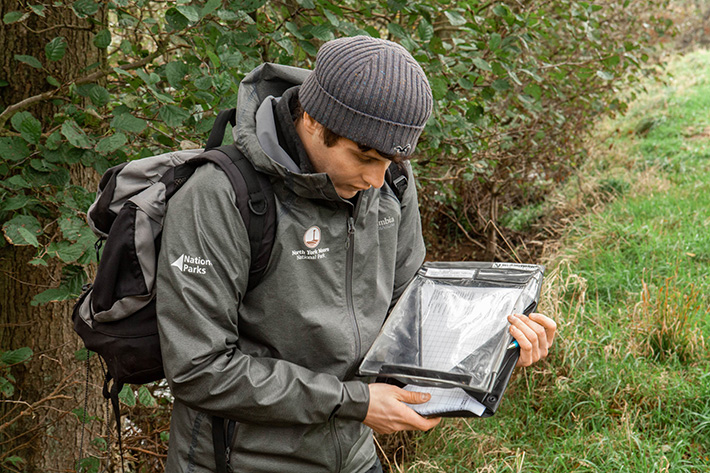 One of the central focuses of both their projects is towards the conservation of pearl mussels, as those within the River Esk are the last surviving population in Yorkshire, and there are only a few left. The vast majority that remain are over 60 years old, and have not produced young for over 25 years – they now face local extinction unless action is taken.

With this in mind, the work of Chris and Ryan feels highly poignant. The intention of the site visit was to start to monitor what impact the fencing was having on plant species close to the river now no grazing was taking place there. As Chris laid the quadrat down at various locations along the riverbank, it was quite clear that there remained one dominant species – that of perennial ryegrass. 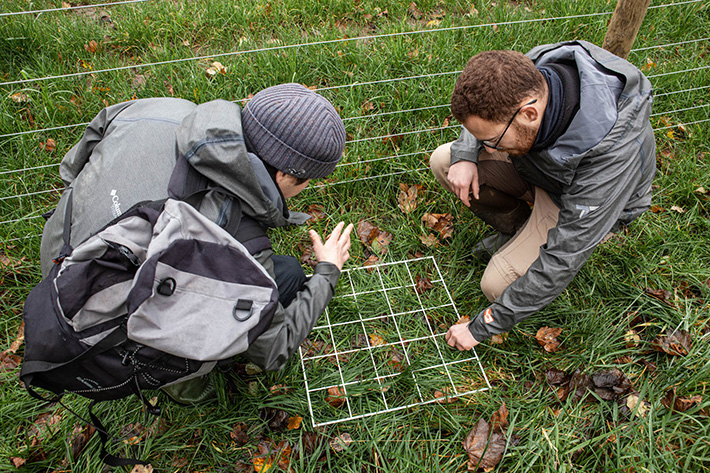 Considering that the fencing was only constructed several months ago this isn’t surprising, but it is hoped that different grass species will start to form thick tussocks along the riverbank to help absorb sediment and nutrients. More tree planting is also due to take place soon.

As we continued along the river, the process of laying the quadrat on the floor felt quite grounding and as I watched them try to discover other species among the ryegrass, there was a real sense that even the tiniest elements of our natural world are of huge significance. This was shown by our mutual sense of triumph when we discovered a small moss species hiding between the shadows close to the soil.

As we took a small cutting to try and identify it, you could almost hear the words of poet William Blake whispering in the ear: “To see the world in a grain of sand”. 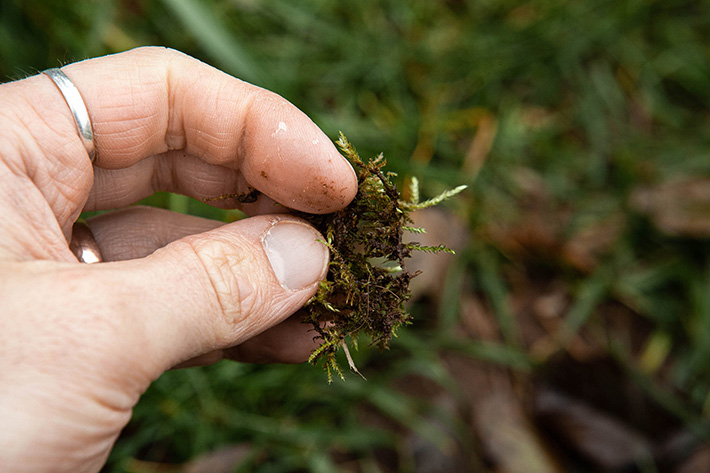 And it was true, by talking about their work and the significance of each species towards the health of the river, it was easier to grasp the fragile interconnectivity of nature and how even the smallest of actions can start to chip away at the looming threat of the climate crisis.

As we came towards the end of the visit, we started to discuss the motivations behind their work. Both recalled their experiences at University as well as earlier childhood memories, but it was the way they talked about our protected spaces, such as National Parks and Areas of Outstanding Natural Beauty (AONBs), that really stood out.

Chris described National Parks as the ‘diamonds’ of the landscape, the ‘green lungs’ that enable wildlife and humans to breath more freely. We often think of diamonds as things that are rare and, in many ways, this is a true reflection of our protected natural spaces, particularly within a global context. But diamonds are also things that we cherish and treasure, things that we often present to our loved ones as a sign of devotion and commitment. It is with such principals that individuals like Chris and Ryan dedicate their working lives and it is based on such principals that we too should take steps towards protecting and enhancing our natural environment.

Find out about how you can get involved through the Authority’s volunteering opportunities.