As Autumn arrives, it's just a small matter of waiting for the trees to explode into their auburn colours, nature’s last roar of the year, before the leaves start to fall.

After the beautiful purple shades on the moorland, it's time for trees to do their thing. Our woodlands really come into their own this month, changing our view of a green landscape into one of a myriad different warm hues. You'll be rewarded with vibrant colours of red, orange, mahogany, mustard and gold, and a multitude of fading greens, as well as impressive fungi clinging to standing and fallen deadwood.

Dalby Forest is at its best in autumn. The blues and greens of pines and spruces being complemented by the golden needles of larch, the bright yellow of ash leaves, the red leaves of wild cherries and the greens, yellows and russet browns of oak. Top locations to enjoy the autumn shades in the Forest include Haygate, Crosscliff, Staindale Lake and Bickley Gate.

Walks of the month

As October is the best month for autumn colour, it has to be a woodland walk or two or three...

The Yorkshire Arboretum in the Howardian Hills, with 6,000 trees and its mix of native and non-native trees is spectacular as the leaves turn rich shades of red, yellow and orange. It's a great place for a wander. Alternatively a walk on the footpaths and bridleways through the woodlands of the Hovingham Estate (pdf) are also stunning.

Back in the National Park, the 3.2 km Ellerburn walk in the prettiest corner of Thornton le Dale, follows the beck upstream to the hamlet. The stroll, along the riverside, roads and pavements, takes in a majestic row of orange beech trees and includes the Tea Cosy Tearoom at the halfway point with a lovely garden.

The experts at Yorkshire Coast Nature are our eyes on the ground, here's Richard Baines' advice on what else to look out for this month.

The King of Birds

The most exciting wildlife encounters are often shrouded in mystery. This is just as true today as it was hundreds of years ago and it’s precisely that mystery which makes watching wildlife so inspiring. Here is a short story about one of my most memorable encounters from the Yorkshire coast. 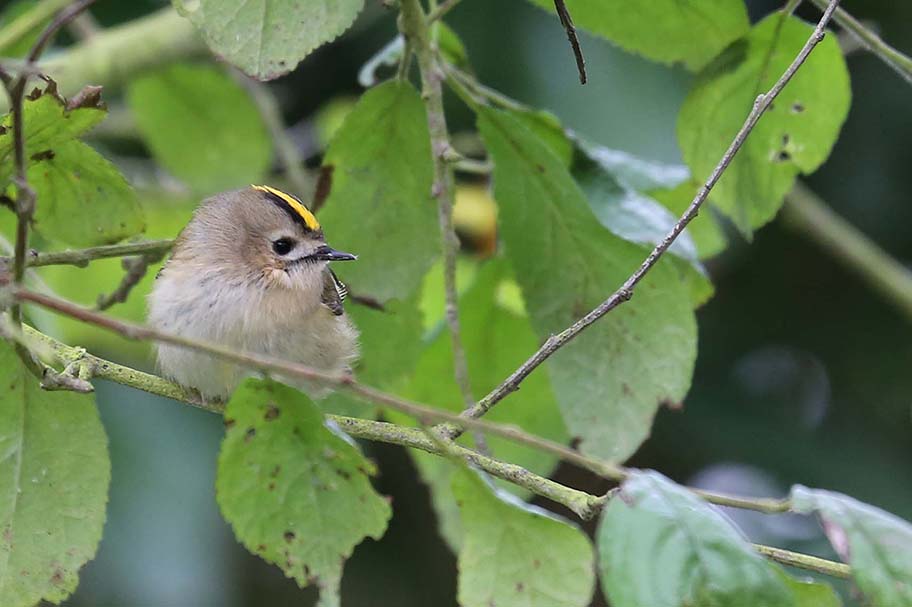 In 2005, I was living in a small cottage on the edge of the cliffs at Flamborough. An ideal place to experience the wonders of bird migration first hand. It’s even more thrilling when they land in your own garden! On the 14th October I remember looking at the Met Office weather map with more than just a tingle of excitement. A large high-pressure system had developed over Scandinavia reaching across the North Sea to the English east coast. This created a beautiful open sky and easterly tail winds, ideal for songbird migration. I knew we could be in for a ‘fall’ of migrants but I didn’t really expect a royal deluge!

I remember waking up on the morning of the 15th with the bedroom window open, at first light and still bleary eyed, I could hear the tiny high-pitched call of a goldcrest. It was so close, it could have been at the bottom of my bed seeking shelter. I quickly pulled on my birding gear and walked out onto the headland. In the half light of the morning a sea mist hung over the cliffs and the light easterly winds brushed my face. All around me was the sound of goldcrests. They were in the bushes, on fences, stone walls and in the grass beneath my feet.

As the day wore on, we started to try to count or make an estimate of the numbers involved. There were thousands on the headland, the official total logged by the Yorkshire Naturalists Union (YNU) in the 2005 bird report is 9,500 for Flamborough, but there could have easily been double that… 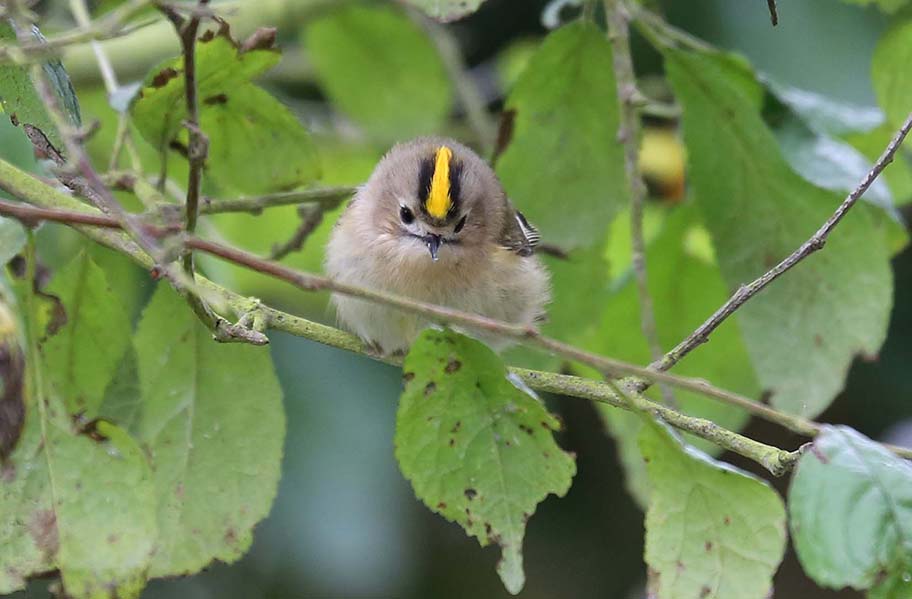 The Latin name for Goldcrest, Regulus regulus, means a king or a knight. Alongside the closely related Firecrest, they are our smallest European bird. Goldcrests weigh only 4.5-7 grams and their legs are half the thickness of a match stick. So remarkable is their migration across the sea that people used to think they hitched a lift on the backs of woodcock!

If you still can't get your head around the fact that a bird barely the length of your index finger and the weight of a 20p piece can cross the North Sea, well, here's proof; a Goldcrest ringed at Svebolle, Bjergsted in Denmark on 2 October 2016 was re-trapped by the Filey Bird Observatory ringing team just five days later, having covered more than 750 km in the meantime! Just as amazing is the fact that 96% of ringed goldcrests recovered are immature birds in their first autumn.

On that amazing day, we really could use the phrase ‘the trees are dripping with birds’. With so many migrant birds travelling hundreds of miles across the sea, many questions and mysteries entered my mind. How fast do they fly? How long does it take? How do goldcrests in their first year navigate? And inevitably, how many goldcrests die on their journey? The exhausted birds at my feet on the 15th October were the lucky ones.

If you’re on the coast in October, look out for our royal visitor. As one of the lightest birds in the world to make a sea crossing, the tough and resilient Goldcrest really does deserve to be the crowned the king of birds.